Are you ready to sting?

The Taranta Sicily Fest is back for the 8th year. The next August 13th, in Scicli, with some stunning news!

Following last editions’ sold-out with thousands of participants, this time the Taranta Sicily Fest moves from “Cava di San Bartolomeo” to Piazza Italia in Scicli, and it will be totally Free!

This is how the organization wanted to thank the thousands of partecipants from all over Sicily that crowded the previous editions.

Originally created to connect Sicily and Puglia in the name of popular culture and tradition, next August the Taranta Sicily Fest will involve two music bands coming from Salento. Obviously not only music: dance masters “Du Salentu”(from Salento) will teach the “Tarantolata” dance during the afternoon.

The project was born from the minds of four young Sicilians more than 7 seven years ago. Every year the festival has been promoted by the cultural association “Baroque Events”. Through the years it has involved many different musicians and artists coming from Salento.

All of this in Scicli, small pearl inserted into the “Unesco World Heritage” sites as part of the “Noto Valley” Baroque. The city has seen his fame increasing thanks also to the TV Series “Il Commissario Montalbano”. The series, inspired by the books of the sicilian writer Andrea Camilleri, has chosen the palaces and streets of Scicli for many of tis set. The growing fame, reached also outside Italy, has brought thousands of fiction’s fan to discover Montalbano’s places. 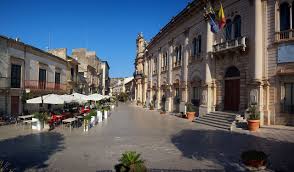 This is Taranta Sicily Fest, popular music and dance to embrace traditions of South Italy.

And you, are you ready to Sting?

Us from Sicily Day by Day, we are ready to carry you to Scicli for a day of music and dance in Taranta rhythm!

We offer our transfer services from Catania and Taormina at special prices for the Festival.