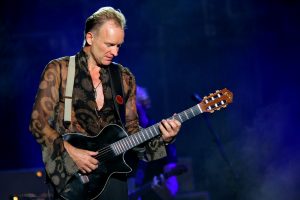 Sting&Shaggy. In Taormina. August the 1st.

Point this day, if you haven’t yet. The first of August at the Greek Theatre of Taormina the most surprising musical duo of the 2018 is Coming: Sting&Shaggy. Main event of the 2018 music summer season, the two famous musicians stop by the Mediterranian’ pearl for their album “44/876” Tour.

Sting certainly needs no presentation. Founder and singer of “The Police”, rock band with millions of albums sold all around the world. Lately focused on his “solo” career, he chose to get back to his music origins, “Reggae”. 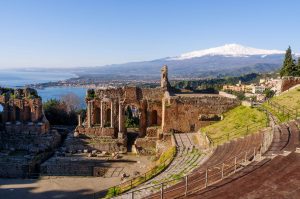 Sided by Shaggy, jamaican rapper amongst the most famous and influential in the world music system. The english singer’s deep and soft voice, combined to the jamaican’s rhythm and musicality, gave birth to a stunning album.

“44/876” is the name that Sting&Shaggy chose for their creation. It is a simple reminder of their countries telephone code: +44 for the englishman Sting, +876 for the jamaican Shaggy.

Album that has been highly praised by the critics. Amongst the easy and commercial tracks as Morning Is Coming and Gotta Get Back My Baby, some true rarities are hidden. Don’t Make Me Wait is the real masterpiece, also played during our Festival di Sanremo last February. But the different styles’ and melodies’ fusion gives his best on the tracks Sad Trombone and Night Shift. Seems almost as you’re listening to great rock classics from Sting’s The Police, before immerging yourselves into the “on the beach under the stars cocktail’s Reggae music” by Shaggy.

Sting&Shaggy: a unique mix, doomed to last for the years to come.

Sicily Day by Day offers his return transfer services from/to Catania/Taormina at the special price of 135€, from 1 to 8 persons.