New Year’s Eve at the sea: in Catania, we swim also in Winter!

As tradition wants, also this year the small port of Ognina is hosting the event San Silvestro al mare (New Year’s Eve at the beach).

It is an international swimming competition, which takes place every year in Catania on the 31st December, starting from the little port of Ognina. The first edition was inaugurated in 1960 by the volleyball player Lallo Pennisi. From that year, this event became a real custom of Catania, which animates the small village of Ognina during the Christmas holidays. This year it is going to be its 59th edition.

Probably, if you are not Sicilian you may thing that swimming in the sea in December is crazy. However, it is not rare that our Mediterranean climate gives us great sunny days even during winter. Many Sicilians go to the beach even during the winter, just to enjoy the sun.

The competition is open to everyone: there are participants and spectators, from all places and of all ages. Just think that some editions were won by Hungarian participants and in 2002 the winner was 91 years old!

To give as many people as possible the opportunity to join the competition, there are different categories, as for example the under 17 category, a section for disabled, different sections for professionals and beginners. The event represents, therefore, an opportunity for integration between Catania and foreigners, between adults and children, between professional swimmers and those who simply want to have fun. There is no air of competition: on the contrary, the event has the aim to give fun to the participants. The event ends the year in style, in an ancient and characteristic fishing village.

Ognina is one of the oldest fishing villages in Sicily

Located on the border with Aci Castello, Ognina is a fishing village, charming both in winter and summer. It is an ancient village, originally called Lognina. The previous name derives from the name of the river Longàne, which was buried during the eruption of Etna in 1381. In that year, in fact, Ognina was completely swallowed up by the lava flow; after its reconstruction, the small port of Ognina was built on a cove.

Today, Ognina is one of the most characteristic and lively districts of Catania: its wide seafront is one of the landmarks of Catania, for evening walks or morning runs. It is also one of the most visited places by tourists. Foreign people are attracted by the beauty of the maritime landscapes and by the many bars and restaurants along the coast. 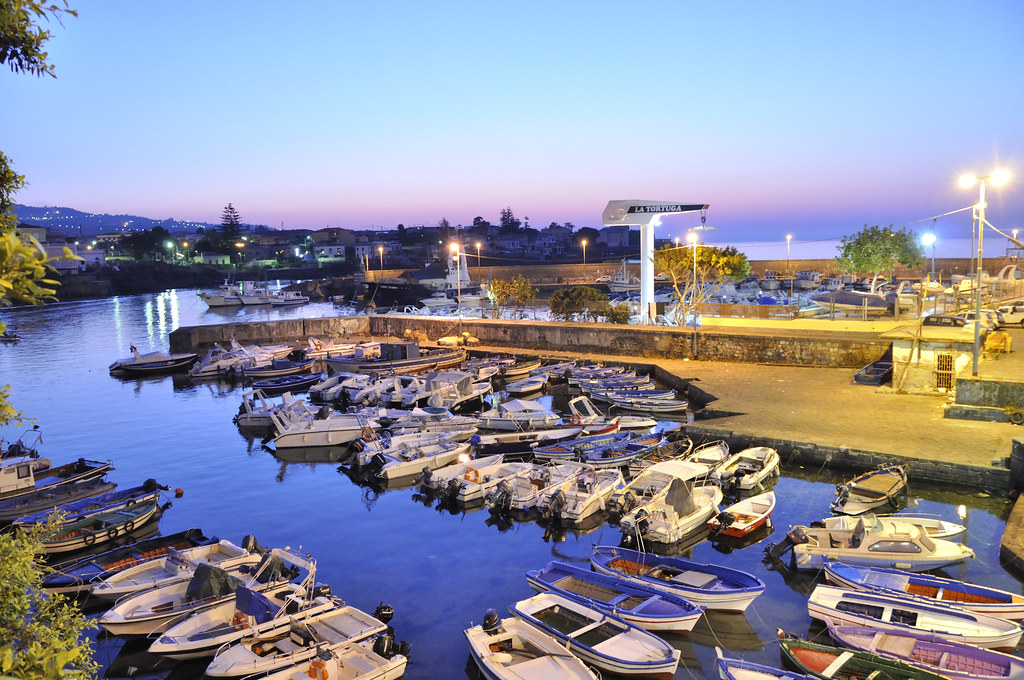 The sea of Catania is the scene of battles between Ulysses and the Cyclops: for this reason, the little port of Ognina is called Ulysses Port. It is no coincidence that the majestic Riviera dei Ciclopi is visible from Aci Trezza, another fishing village, not so far from Ognina.

Furthermore, in Ognina they celebrate the second most important religious festival of Catania (second, of course, to the famous Feast of St. Agatha, of worldwide importance): this is the feast of Santa Maria, which takes place on the 8th September. The sea is the protagonist of the Feast: the Virgin is placed on an illuminated boat, followed by many other small boats. The atmosphere is absolutely suggestive.

We believe that Ognina is unmissable in your itinerary if you plan to visit Catania!

The New Year’s Eve event at the seaside can be an opportunity to spend New Year’s Eve in a different way than usual: have you ever taken a sea bath at the end of the year, in winter? ?

If you are curious to attend the year-end swimming competition in Ognina, you can contact us and we will arrange a transfer service for you.