Following the routes of mythical Ulysses 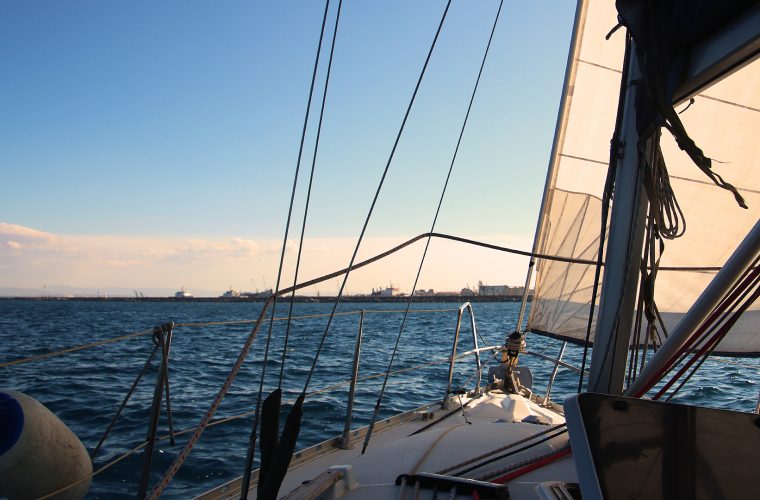 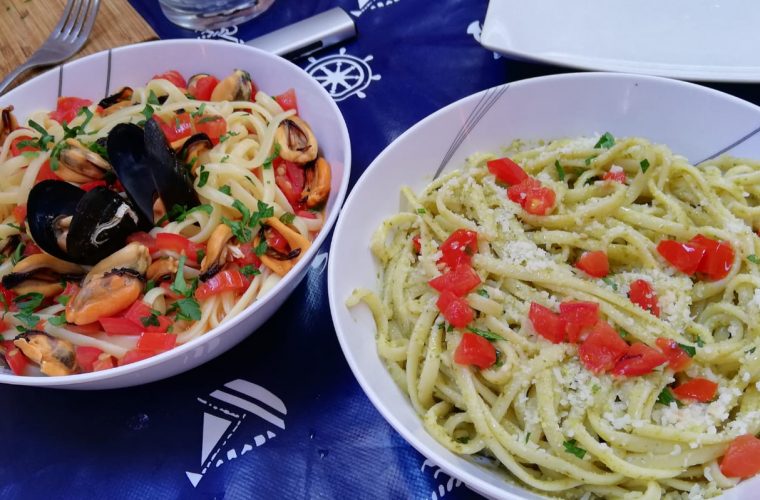 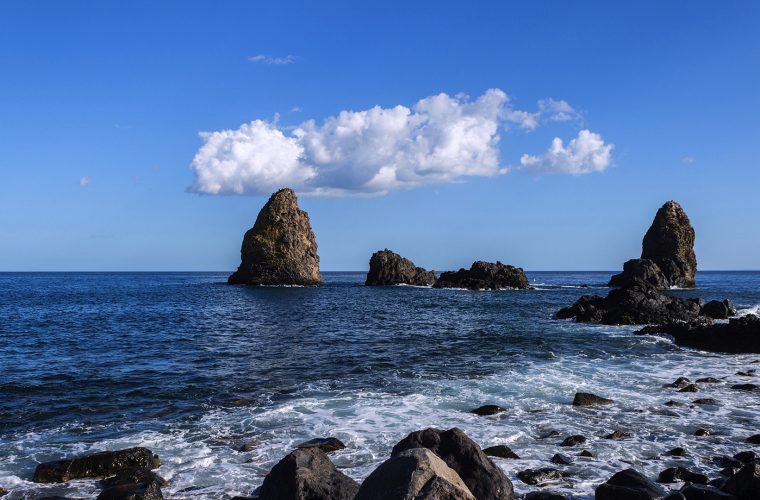 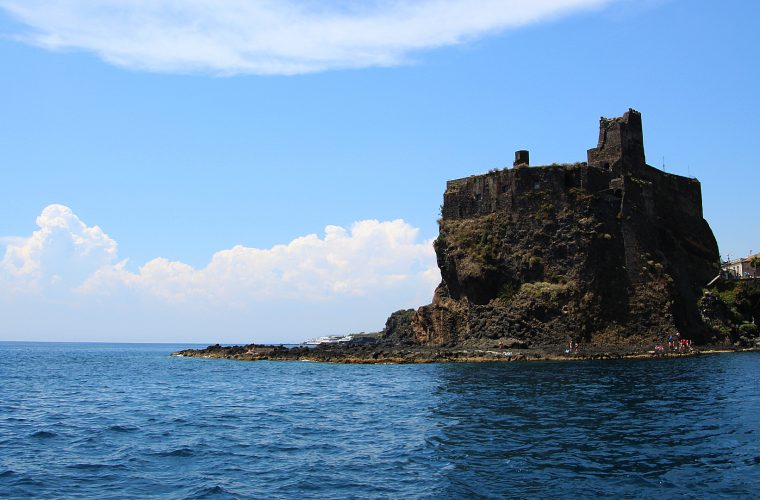 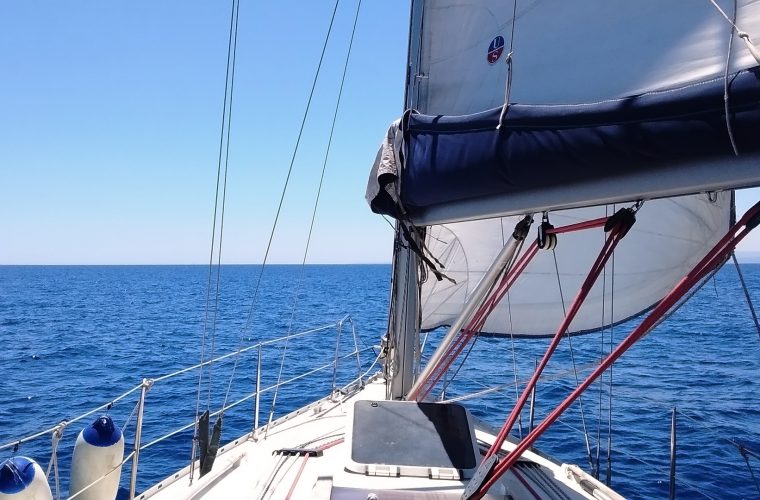 Boat tour Catania on sailboat is a full day excursion discovering the “Riviera dei Ciclopi”. During this relaxing day you will visit the  Ulysses’ Caves, the Medieval Castle in Acicastello and the naturalistic area of Acitrezza and mythologic Cyclopean Isles.

Boat tour Catania on sailboat is an unique experience that you can’t miss out and it’s arranged in several stages:

While leaving the Port of Catania, you will learn the principals  of sailing and some curiosities  and legends about our land. At the Ulysses’ Cave you can have the first swim of the day and practice some snorkeling with our equipment (mask and flippers). These caves were formed in a beautiful lava cliff overlooking the sea. The colors of the backdrops are gorgeous, from blue to green to blue water.

While sailing towards Acitrezza, you will pass under the medieval castle of Acicastello. Spectacular the view of the castle by the sea. You can observe the characteristic “pillow lavas” found under the castle.
Third stop Boat tour Catania: Acitrezza and Cyclopean Isles
Once docked at the port of Acitrezza we will accompany you to take the pedalo (included, but it depends on availability of the season), the only way to be able to go inside the marine reserve “Cyclopean Isles”.
If the pedalo is not available (according to the season) or if you don’t like to go with the pedalo, you will have the chance to visit the little kind village of Acitrezza in one hour.
Once you are back on the boat, we will serve you the lunch (while docked at the port of Acitrezza)
During the return trip you can take a bath offshore (weather permitting).
Description of the boat: Our sailing boat has three double cabins, a bathroom with shower and external shower, a kitchen and a refrigerator. The boat can host a maximum number of 10 people (8 guests + 2 staff).
The return to the dock of Catania is expected at approximately 6pm.

We suggest you to bring your own swimsuit, a towel and sunscreen lotion.

Wind jackets and hats can be needed since it could be windy while sailing.

If you think you can suffer from seasickness  we suggest you to take pills and patches before the tour.

If you don’t have the equipment required we will provide you with the necessary, ask for it when you book.

Itineraries and activities could undergo changes due to advers weather forecast or rough sea, owning to circumstances beyond our control, or according to marine authorities instructions. The Captain’s judgements and decisions are, for safety reason, final.

During summertime, depending on our partner’s availability:

Extra costs that are not included or not expected

Transport to reach the port

Everyone
From
65€
per person

The legendary Cyclopean Isles from the Odyssey

We will venture into the places that give birth to Sicilian myths and legends.

The Cyclopean Isles, famous for their composition of basaltic rocks piled over the other, are located just off the coast of Acitrezza, in front of Mount Etna.

An ancient legend tells that the islands once belonged to the mainland of Sicily.

Their appearance dates back to the great Homer, towards the end of the ninth book of the Odyssey. When Ulysses visited Sicily, it was inhabited by the Cyclops (giants with one eye on the forehead).

During his trip back home (Ithaca), just in the Etna areas, Ulisse meets one of the Cyclops, the legendary Polyphemus. Stuck in the cyclop’s cave because he and his men can not move the rock blocking the entrance, Ulysses plays cunning and fuddles the giant with a special wine, and when the cyclop loses his senses the man blinds him with his own stick.

Polyphemus, angry, opens the entrance of his cave, so the Greeks can escape to their ship; the giant screams and calls his brothers for help. Ulysses and his men, far away and safe on the ship, begin to mock at him.

All Cyclops start throwing rocks toward Ulysses’ ship, invoking the revenge of their father, Poseidon.

Those rocks thrown by the Cyclops from their mountain to the sea are said to be the famous Cyclops isles.